SEO is Risky – even by an SEO Expert

SEO is Risky – even by an SEO Expert

No matter what their credentials are, no SEO expert can give you guarantees of placement against a specific target key-phrase. There are good reasons for this. In the first instance, Google only declares perhaps 70% of the “algorithm” it uses to place one web page over another. If it declared 100%, not only would it be abused by index spammers, Google would have lost the very thing that is its primary intellectual property. This algorithm is the reason so many people use Google. In Google’s words, it delivers “…more relevant, quality search results”. Whilst I’m sure Microsoft and Yahoo might disagree, it’s the people who search, who count.

Another reason why no placement guarantees can be given is that competitor SEO initiatives cannot be pre-empted. So, if you are performing well one week and fall down the rankings the next week, perhaps a reason could be that a competitor has made some improvements which you did not anticipate.

For these reasons, whilst it is our view that much of the core SEO guidelines do not change very often, on-going attention to SEO has shown itself to be important.

But why is SEO really risky?

Because there is so much bad information and advice out there. It is not an exaggeration to say that there is only one piece of good advice for every 99 pieces of bad advice. Three years ago, that might have been one in twenty. So how can you tell good advice from bad advice? It’s very difficult. Even a good track record is no guarantee of what will work now just because it worked before. Your chosen SEO advisor needs to live in a learning process where they constantly have their finger on the SEO pulse – not just from one source, but from many. Even some of the very best “gurus” in the world have got it wrong because they are attempting to second-guess Google – and that’s not easy to do!

Google is an Advertising Company

Google is, first and foremost, an advertising company – that’s where it makes its money. But the only reason it can lead the world in this rea is because of the sheer volume of visitors that its “organic” search engine attracts. The click-through difference between its organic search results and its paid search results (AdWords) is approximately 10:1, so acquiring an organic footprint on Google is extremely important.

So, for a moment, let’s just think about how important the “algorithm” is to Google. It means everything! Therefore, Google want’s no-one to crack it. If they did, quite apart for forcing Google to re-develop it, it could be seriously abused and Google may never know about it. Therefore, Google is anti-SEO! Does that surprise you? Anti-SEO means that Google will do evertything in its power to thwart attmpts to crack its algorithm. So, logically, SEO consultants are not necessarily Google’s favourite people – or company.

The vast majority of Google employees have no internal exposure whatsoever to Google’s organic placement algorithm. Why? Because it’s too sensitive to be leaked. Only a relatively tiny Google team of [highly paid] mathematicians and computer scientists work on the algorithm and they are signed to secrecy. Certain pieces of the algorithm are however made available in the form of “Google Webmaster Tools Guidelines”. Your interpretation of these guidelines is a critical factor in staying on the right side of Google’s wrath – a wrath which takes the form of organic placement penalities – either algorithmic (automatically applied for breach of guidelines) or manual (applied based on a human-driven site review).

The moral of the story – apart from “don’t hire an ex-Google employee for SEO” (they are advertisers!), is that organic Google placement is potentially the very best digital channel available to you if you can acquire it. Choose your SEO partner wisely and recognise that the SEO process is an ongoing one that is high value and high return.

Be the most trusted source of best practice in digital selling strategy, planning and implementation.

Digital marketing is most successful when every part of its execution translates cleanly to a part of the sales process.

We will work with you honestly. We will exhibit the highest integrity at all times and that your experience of PRAXISNOW will never be less than excellent value for your investment in us.

We Deliver On Projects

Both directly and with our partners, your project will be in the hands of people who are competently trained and experienced in the project component for which they are accountable. Projects that are managed by PraxisNow will involve a senior executive level project manager who can communicate at board level and who has the knowledge and experience to take key decisions during each implementation phase of your projec.

SEO COURSES – NEXT UP 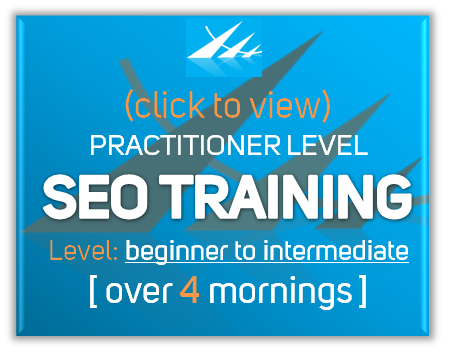